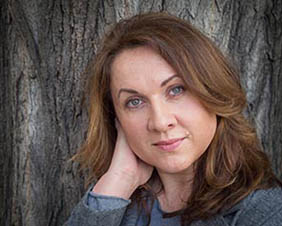 Opposition to “gender” in academia and beyond.

The rise of ultraconservative, often religious movements and the right-wing electoral victories in many European countries, such as Poland, limit the opportunities for inserting feminist agenda in academia, institutional settings and public debates. In my presentation I will argue that national and transnational campaigns against “gender ideology” should be interpreted a new phase of the struggle around politics of expertise and knowledge-policy nexus, highlighting issues such as the sources of scientific authorization, the status of an expert, and the ways in which the relations between academia, politics, the media and public are shaped. Right-wing populists and religious fundamentalists opposing “gender” seek not only political but also epistemic power. They attempt to build up their own sources of legitimacy, which include forming new institutions, promoting new public intellectuals and producing new body of gender knowledge. How does this increasingly hostile political context re-shape the formation and mobilization of competing gender knowledges, and how women’s movements can succeed in achieving social change?

Elżbieta Korolczuk, PhD, is a sociologist, working at Södertörn University in Stockholm and the American Studies Center, University of Warsaw. Her research interests involve social movements and reproduction from a feminist perspective. She published numerous texts, e.g. on the women’s movements and neoliberalism, new forms of citizenship, politicization of reproduction and anti-gender mobilization in Poland and abroad. Most recent publications include two edited volumes: Civil Society Revisited: Lessons from Poland co-edited with Kerstin Jacobsson (Berghahn Books, 2017), Rebellious Parents. Parental Movements in Central-Eastern Europe and Russia co-edited with Katalin Fábián (Indiana University Press, 2017), and articles, e.g. "The War on Gender from a Transnational Perspective - Lessons for Feminist Strategising“ (2014) and "Gender as ‘Ebola from Brussels’: The Anti-colonial Frame and the Rise of Illiberal Populism" together with Agnieszka Graff (2018). She is also feminist activist and commentator.

Read the interview our student Kaja Nan Gjelde-Benn conducted in advance of the conference with Elżbieta Korolczuk here. 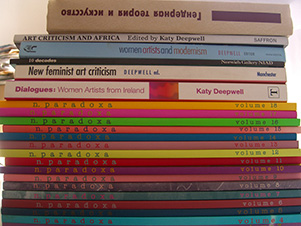 Art in Women and Gender Studies

In this talk, I want to examine the place of art in women and gender studies, and how these areas draw upon the interdisciplinary promise of feminist theory when considering cultural production. Art history has been part of women’s studies and the work of women artists is studied, but in the pre-dominant switch to gender, sexuality and representation in course structures, I want to draw attention to areas of enquiry that are missing from debates about feminisms in relation to contemporary art. I will refer back to different understandings of the role of art within the women’s movement in the 1970s and to the situation of women artists in the art world then and now which are contributing to this situation. Artists and artworks have produced a visual language for feminist protest and produced works which are strongly issue-based and politically engaged with regard to feminist issues, but visual art itself is marginal in most women and gender studies by comparison with research on mass media, film and literature. Studying gender, sexuality and representation (the dominant course, where feminism appears in arts curricula and visual arts in gender studies), art emerges again as a key area of interest, but this provides a very specific focus on certain types of visual representation and I will argue, as a result, other formulations of the relations between aesthetics and politics are not at the centre of these debates.

Read the interview our student Kaja Nan Gjelde-Benn conducted in advance of the conference with Katy Deepwell here. 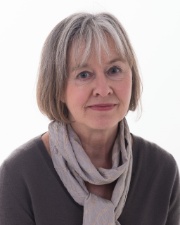 Anka Ryall is Professor Emerita at the Centre for Women’s and Gender Research at UiT The Arctic University of Norway, where she previously taught English literature. She has published widely on travel writing in both English and Norwegian, including En kvinnelig oppdagelsesreisende i det unde Norge. Catherine Hermine Kølle (Pax, 1991), co-authored with Jorunn Veiteberg, and Odyssevs i skjørt. Kvinners erobring av reiselitteraturen (Pax, 2004). Her latest book is Virginia Woolf. Litterære grenseoverganger (Pax, 2011). As leader of two international interdisciplinary research projects on Arctic literature, she has co-edited three books: Arctic Discourses (Cambridge Scholars Publishing, 2010), Arctic Modernities: The Environmental, the Exotic and the Everyday (Cambridge Scholars Publishing, 2017) and The Arctic in Literature for Children and Young Adults (Routledge, forthcoming). She is working on a book about gender in Norwegian polar history.