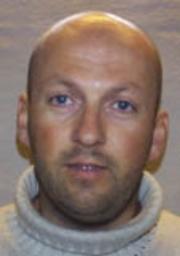 The World has not Changed

The Pèrè people is a ethnic group who lives on the Pere plains. Their territory is divided by the Nigerian Cameroonian border. Their traditions are threatened of desperation by a strong islamization process and by migration into the cities. At the regional radio station CRTV Adamaoua, in Northern Cameroon, do they have redaction on various local languages. This film follows of the Pèrè redaction and its work to take care of the traditions of its people and to facilitate communication between its people and the modern world. The film is shot on SD (DV-CAM).

“Let’s build a waterfall!” is about the continuous struggle to maintain a rural community. The village Bleik in North Norway seems to stand strong in this struggle; contrary to most fishing villages, Bleik experiences growth. There are waiting lists to get housing lots and children to the local school. With strong traditions of voluntary work, Bleik has numerous local groups, a new sport arena, golf course, community center, local shop, café and pub. Being called Bleik Indians, ‘the savages behind the mountains’, is turned from stigma to pride. This documentary explores the processes of resilience and mobilization. Bleik is characterized by proud traditions of local story telling. Facing new challenges, old stories are reactivated, like the one about being the first village to have a power station; “What do we do in Bleik when we don’t have a waterfall? We build one!” The film tells stories of a vital village with strong traditions of mobilizing, but also of the drama coastal communities are facing. When the harbour is threatened, will they manage to mobilize to maintain the fishing community?

Abstract
‘LES MAIRUUWAS’ (The Masters of Water) is an ethnographic film about young male migrants and their dreams of succeeding in the city. The filmmaker has followed a milieu of water transporters in urban Cameroon over many years. The four men portrayed, are among the thousands uneducated poor, that annually migrates from the Central African Republic to Cameroon searching a better life. The film describes their daily struggles to make a living and create meaning in harsh and highly vibrant urban surroundings.

We meet Coco the youngest of them, as he prepares to get his own room after years on the street. We follow Uncle as he strives to earn enough money to take care of his son. Abel expresses the felt stigma and his deeply desired wish for another way of life, after more than 15 years as a water transporter. Their belonging as a group and their possibilities to get work in the neighborhood is dramatically challenged when Bachirou is arrested.

The Visual Anthropology of the North