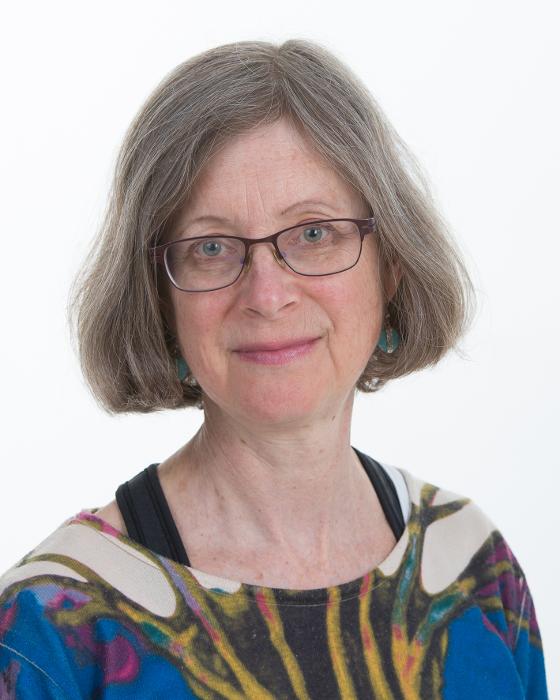 Department of Language and Culture

Laura Castor is professor in American Studies at the Arctic University of Tromsø, where she has taught literature, culture, and Indigenous studies since 1997. She has published articles on multicultural American literature and women’s literature of the nineteenth to the twenty-first century. In research and teaching, she seeks understanding of how specific historical contexts are represented in the arts, and the potential of the arts to influence social reality. She is especially interested in questions related to collective memory as expressed in multiple forms, including life writing, fiction, and cross-overs between fiction, visual art, and music.  Her forthcoming book (to be published by Cambridge Scholars Press), Daring Independence: Coming Home in Contemporary American Narratives of Trauma and Transformation, addresses these issues.

*Organizer for the 29th American Indian Workshop: Indigeneity and “Indianness” in the World: Old Stories, New Dialogues.  University of Tromso, Norway.  May 14-16, 2008. International conference with 50 participants.  Partially funded by a Norwegian Research Council grant and the Faculty of Humanities with additional support from the Sami Center.

*Organizer for guest lecture, Mats Jönsson (from Orebrö University, Sweden) on “Hollywood and Europe: Toward a New Kind of Historical Narration in Film,” November 2002.

Funded by Faculty of Humanities, University of Tromsø.

*Organizer for guest lecture, Bjørg Berg, “Paying for Peace: Is It a Human Right?”

Funded by Center for Peace Studies, University of Tromsø. October 2002.

*Co-organizer for Symposium on “Bridging Cultures in Language, Literature, and Culture: Studies in Time and Place,” (Third of three workshops on “Building Bridges in the Barents Region.” International symposium with 20 participants).

*The Multicultural Detective Novel in America.

*Ways of Knowing in Short Fiction.

*American Progress and Paradox at the Turn of the Twentieth Century.

*Nature Writing in the Age of Environmental Crisis

*The African-American Literary Tradition: Literature and the City  (intermediate level)

At Norwegian University of Science and Technology (NTNU),  Trondheim, Norway

At NTNU I taught PhD and M.A. level courses in scientific and technical writing, and I participated actively in the Department of Applied Linguistics’ interdisciplinary work-in-progress research seminar.

Between 1984-1994 I taught a wide variety of courses at the University of Minnesota and Augsburg College in American Studies, literature, and writing composition.

Commentator for doctoral candidate Sigfrid Kjeldaas’s dissertation chapter in progress on “Barry Lopez in the Arctic: The Poet at the Edge of the Ice – and Romanticism” at Arctic Modernities Research Group, November 16, 2015.

“The Words are the Best Reason for the Beat: From Culture Wars to the Poetry of Rap” at Nordic Association for American Studies (NAAS) Biennial Conference, University of Oslo, Norway.  Plenary speaker. May 2011; presented in a different version as lecture/seminar for 11 upper secondary school teachers at Kongsbakken Videregående Skole, November 20, 2014.

SERVICE TO THE COMMUNITY

*Four doctoral commissions, Administrated the committee’s work for three of these, and invited to be an Opponent for the fourth (between 2000-2010).

*Member, Five search committees for associate professor positions at the University of Tromsø, 2011-2015.

*External Evaluator (one of three) for one candidate for promotion to professor, NTNU, Department of Language and Literature, Trondheim, Norway, 2015.

Castor, Laura (Article in book), “I saw the whole world caught in that sound”: The Visual in Joy Harjo’s Poetry”  in Ekphrasis in American Poetry: The Colonial Period to the 21st Century. Ed. Sandra Lee Kleppe, Cambridge Scholars Publishing, 2015. 185-196.

Castor, Laura (Article in journal), “Trauma, Transformation, and the Reader as Witness in Nicole Krauss’s Man Walks into a Room. Journal of American Studies of Turkey (41) 2015, 45-68.

Castor, Laura (Article in book), “This house is strange: Digging for American Memory of Trauma, or Healing the ‘Social’ in Toni Morrison’s Home,” in Living Language/Living Memory: Essays on the Works of Toni Morrison. Huddinge: Södertörns högskole: 2014. 139-150.

*The Multicultural Detective Novel in America.

*Ways of Knowing in Short Fiction.

*American Progress and Paradox at the Turn of the Twentieth Century.

*Nature Writing in the Age of Environmental Crisis

*The African-American Literary Tradition: Literature and the City  (intermediate level)