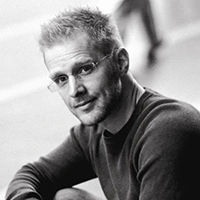 James Dawes is DeWitt Wallace Professor of English at Macalaster College. He is an international leader in the study of human rights and literature, and the author of The Language of War, That the World May Know: Bearing Witness to Atrocity, The Novel of Human Rights, and Evil Men, winner of the International Human Rights Book Award. He will speak about truth and falsity in literature representing human rights violations.

Truth, Rights, and US Political and Literary Culture

This talk will analyze Hannah Arendt's essay "Lying in Politics" to understand the complex tangle of US militarism and political deception. Focusing upon her disturbing and counterintuitive claim that lying shares borders with the political imagination that makes free action possible, I will turn to novels by William Faulkner, John Edgar Wideman, and Colson Whitehead for insights into the way lying both distorts and defines the idealized self-conception of the US as a site of democratic agency. 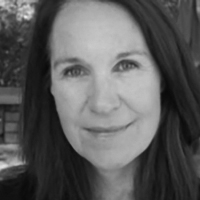 Leigh Gilmore is a Distinguished Visiting Professor of Women’s and Gender Studies at Wellesley College. She is a scholar of life writing, contemporary literature, feminist theory, trauma, and cultural practices of judgment and testimony. Her most recent book, Tainted Witness: Why We Doubt What Women Say About Their Lives, was the winner of a 2018 Choice Outstanding Academic Title award. As a scholar of autobiography, she is the author of the groundbreaking books, The Limits of Autobiography: Trauma and Testimony and Autobiographics: A Feminist Theory of Women’s Self-Representation, and the co-editor of Autobiography and Postmodernism. Gilmore will discuss her new book about the #MeToo movement.

"BREAKTHROUGH: MeToo and the Formation of Collective Witness."

During a 24 hour period in October 2017, the hashtag #MeToo was shared twelve million times on social media. In response to allegations of sexual assault and rape directed at Hollywood producer Harvey Weinstein, an unprecedented virtual assembly emerged on social media that was public, voluntary, and global. Like flipping on a light switch in a dark room, #MeToo revealed what was always there: sexual violence and abuse against women and girls (with survivors of all genders and ages sharing #MeToo). The scale of participation mapped anew the widespread existence of sexual abuse and, almost immediately, powerful men began to suffer repercussions, as a long deferred public conversation about sexual violence took hold. In order to account for the conditions that enabled a collective witness to emerge, this talk addresses #MeToo as a breakthrough event. I argue that we need to move beyond framing #MeToo primarily as a rupture; that is, as a change in the prevalence of sexual violence, or the unprecedented exposure of sexism and outrage about institutional indifference, or even the catalyzing of a new era of accountability. Instead, I show how silencing and forgetting operate as systems that prevent breakthroughs by denying survivors the status of truth-tellers. 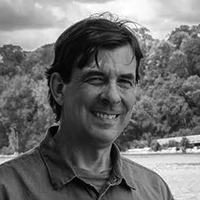 Carter Meland is a Senior Lecturer in the Department of American Indian Studies at the University of Minnesota. A native Anishinabee, he publishes both creative and scholarly work. His articles, stories, and poems have appeared in Studies in American Indian Literatures, Yellow Medicine Review, Seeing Red: Hollywood's Pixeled Skins, and Sudden Storm: A Wendigo Reader. He will share work from his new novel, Stories for a Lost Child, and discuss narrative truth in indigenous storytelling.

Finding Our Way with Native  Literature

In this presentation, I ask what it means to not-know the truth of your Indigenous heritage. For me, this is both a personal question as an Anishinaabe descendant trying to make sense of the lies and truths in our family’s fractured history, but it is also a larger cultural question when we consider how settler colonial states deny vital Indigenous presences. Blending poetry and memoir, I engage with the truths in Native North American literature by looking at novels, oral stories, and rock art in an attempt to make sense of the reality of the Anishinaabe manidoo (spirit) of honesty, Bagwajinini, also known as Sabe or Misaabe.