Les retningslinjer for prisen her 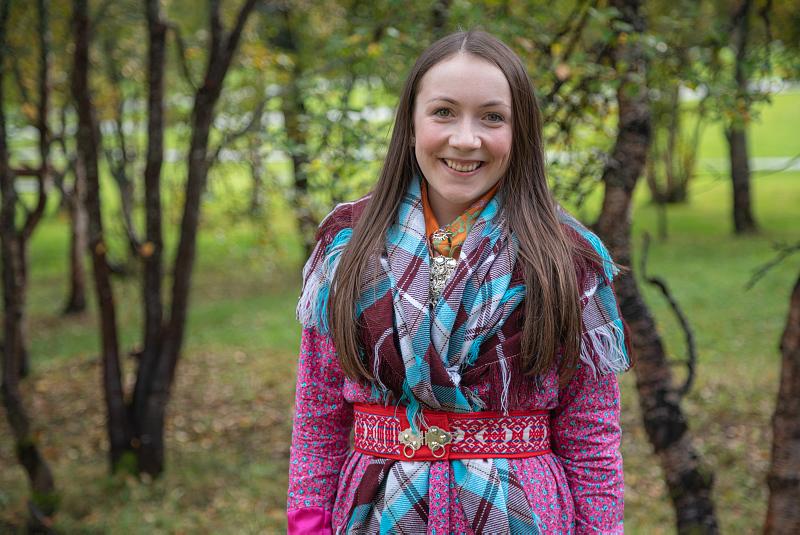 There were six candidates nominated for the Árdna Award for 2020. Members of the committee were Torjer Olsen (SESAM), Camilla Brattland (Dep. of Social Sciences) and Carola Kleemann (Dep. of Education).

The committee gives honorable mention to:

The thesis is a nuanced and well written contribution to research on contemporary Sámi identity work and art following the “norwegianization-processeses” (fornorskningsprosessene), and with that the diversity of Sámi identities through an individual. The thesis follows the dancer/artist Katarina Skår Lisa in her work with her master thesis in Choreography “Gift of Stone” to reclaim a Sámi identity she did not grow up with. Niittyvuopio displays distance and closeness in her use of theory and personal experience with «not being Sámi enough» in her own childhood in Karasjok, and respect for Lisa’s equivalent, and very different, starting point for being and becoming Sámi in a modern context. Research on practices and processes among "nysamer og bysamer» is still a new and under-researched field. Niittyvuopio’s contribution on the use and significance of religion and how this connects to discourses on indigenous peoples and religions internationally brings more knowledge.  The jury hopes with this honorable mention to encourage Niittyvuopio to further academic work.

Bashiru Salifu, for his thesis Climate Change Impact and Traditional Coping Mechanisms of Borana Pastoralists in Southern Ethiopia: Building Adaptive Capacity and Resilience from an Indigenous People’s Perspective for the degree Master of Philosophy in Indigenous Studies.

The thesis is well-written, based on a solid empirical work, offers an interesting theoretical framework, and deals with the complexity of indigenous issues in an Ethiopian context. Salifu’s thesis examines an important and urgent societal problem that connects a small indigenous pastoral community in southern Ethiopia to the global environmental and climate crises. He carefully outlines a rich traditional resource management practice and discusses how it clashes with or supports the mitigation efforts of the local and national government structures. In a very skillful manner, he argues for a nuanced understanding of a complex situation and proposes an integrated approach for governance and co-management. The jury applauds Salifu’s cross-disciplinary work and encourages him to pursue further academic work.

The committee unanimously decided on Silja Haldorsen as the winner of the Árdna Award 2020 for her thesis Utarbeidelse av reduksjonsplan i siidaen. En undersøkelse av reindriftsloven § 60 tredje ledd i forhold til samisk rett for the degree Master of Law.

Haldorsen’s master thesis concerns one of the most contentious issues in the relationship between state authorities and Sámi communities; the state’s decision to reduce the number of reindeer in each herding unit (in north Sámi: Siida). The numbers are reduced according to a so-called “plan of reduction” developed by the siidas themselves, which involves the issue of indigenous self-determination in the face of state regulations. Haldorsen’s thesis is written within the discipline of law, but includes a qualitative approach with interviews with key reindeer herders. Thus, she investigates how the reindeer herding units go about to reduce the number of reindeer in their herds, and discusses who has the power within the siida to decide whose reindeer are to be slaughtered. Using a mix of historical documents, legal decisions and interview material, Haldorsen discusses the internal organisation and traditions of the siida and how it deals with state regulations in a delicate and detailed manner. The master thesis is unique and innovative in its use of qualitative methods in a master thesis of law, and it exemplifies the value and importance of documenting indigenous tradition and practice in a field otherwise dominated by legal documents produced by the majority society. For instance, Haldorsen integrates Sámi concepts and terminology from reindeer husbandry to discuss the understanding of legal concepts such as “siida unit owner” applied to their own siida organisation. Thus, she makes of her own background along with legal texts to discuss the differences in terminology between authoritative Acts and the language and understanding of her informants. The thesis is a valuable contribution to a field that is under-researched, and needs to be developed. Haldorsen herself points to future areas of investigation, which the committee hopes that this prize will inspire her to continue to investigate.

There were nine candidates nominated for the Árdna Award 2019. Members of the committee were Bjørg Evjen (Dep. of Archeology, History, Religious Studies and Theology), Åse Mette Johansen (Department of Language and Culture) and Torjer Olsen (SESAM).

The committee gives honorable mention to two of the candidates: The first one is Amanda Fayant, Indigenous Studies, SESAM, with her thesis entitled Thunderbird Women: Indigenous women reclaiming autonomy through stories of resistance. In this deeply personal work, Fayant uses Indigenous autoethnography and a storytelling approach to document the effects of the Indian Act on her own indigenous community in Canada, and to carefully illustrate the creative resilience of Indigenous women.

The second one is Frid Tellefsen Svineng. Her thesis in English Literature, Department of Language and Culture, is entitled Encounters between Native Americans and Whites in James Welch’s Historical Novels Fools Crow and The Heartsong of Charging Elk. The thesis addresses encounters between whites and American Indians in Welch’s historical novels, and places the novels – and the historical context they represent – into the long history of imperialism and colonialism.

Finally, the winner of the Árdna Award 2019 is Ellen-Johanne Kvalsvik with her thesis submitted at Department of Tourism and Northern Studies, Campus Alta. The study is entitled The Art of Performing Sound in Sámi Tourism: Decolonising Sápmi by Sounding Care in Verdde Tourism. It is based on an ethnographic fieldwork in the Finnmark tundra in close cooperation with Vuolit Mollešjohka Duottarstohpu, its owner Molleš Piera (Per Edvard Johnsen), and his family. Kvalsvik analyses ways of knowing, being and doing in and through so-called soundscapes by participating in the family practice jávredikšun (caretaking) to all the verddes (guest-friends) that pass through the family's meahcci (nurture land). In this theoretically and empirically sophisticated work, Kvalsvik demonstrates thorough knowledge about key concerns regarding Sámi issues and nature, and heritage experiences as part of tourism, not least through the integration of the mentioned Sámi concepts in the analysis. Kvalsvik advances our understanding of the complexities, dynamics and relations of tourism in an Indigenous context and how it intertwines with cultural, social and spatial relations through its performance. In addition, the thesis speaks to the reader's senses through pictures and poetry in a way that both pushes the boundaries of an academic text and fulfills the study's purpose. This work is a remarkable achievement.

The committee extends its congratulations to the winner! 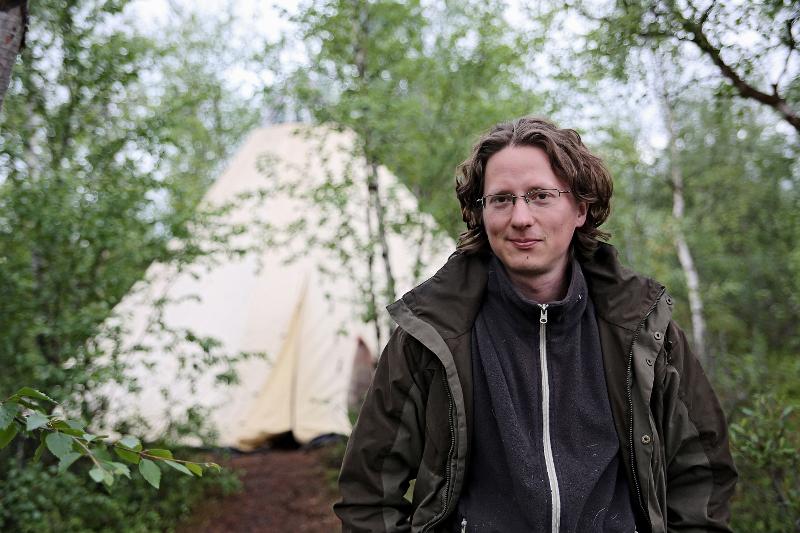 There were seven candidates nominated for the Árdna Award for 2018. Members of the committee were Bjørg Evjen (Dep. of Archeology, History, Religious Studies and Theology) and Åse Mette Johansen (Dep. of Language and Culture). The third member, Torjer Olsen (SESAM), decided to withdraw to avoid conflict of interest.

The committee wants to give honorable mention to two of the candidates: The first one is Mari Therese Andreassen, Faculty of Law, with her thesis entitled Terskelen for krenkelse av SP artikkel 27 – med utgangspunkt i Samisk naturbruk. Andreassen discusses possible violation of Article 27 of the International Covenant on Civil and Political Rights in relation to Sámi culture.

The second one is Elizabeth Solverson, SESAM. Solverson’s thesis is entitled Education for Reconciliaction. A study of the draft curriculum for mainstream social studies in Alberta, Canada. After the Reconciliation Commission of Canada held its closing event in 2015, it presented 94 calls to actions aimed at facilitating reconciliation. Against this backdrop, Solverson explores the following question: In what ways could proposed curricular drafts for mainstream kindergarten to grade 12 facilitate so-called reconciliaction in Alberta?

Finally, the winner of the Árdna Award 2018 is Skuvlaalbmá Áslat Niillas Áslat – Aslak Holmberg with his thesis Bivdit Luosa – To Ask for Salmon. Traditional Knowledge on Salmon and the River Deatnu: In Research and Decision-making. This thesis is submitted for the degree Master of Philosophy in Indigenous Studies at SESAM. Holmberg writes about Sámi traditional knowledge on the salmon as a part of the ecosystem, and the role of this knowledge in research and management. The thesis is a case study on how Finland and Norway deal with indigenous peoples’ rights and knowledge on a national level, while governing traditional Sámi salmon fishing in Deatnu in the north of Sápmi. This thesis stands out in the way Traditional Indigenous Knowledge is used, not least in combination with the integration of the Sámi concepts árbediehtu (‘traditional knowledge’) and árbemáhttu(‘traditional skills’), which also strengthens Sámi language use in research.

The committee extends its congratulations to the winner!