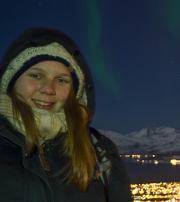 Sociosexual behavior and its neurobiological underpinnings

Our research is focused on how the brain controls appetite and our food choices. Ensuring appropriate intake of the three macronutrients, carbohydrate, fat, and protein, is a compelling problem for survival of all animals, including humans. Of these, protein is believed to be the most essential, as many amino acids cannot be synthesized de novo. Accordingly, animals adjust their behavior to ensure adequate intake of dietary protein for survival. Animals that are maintained on a protein-restricted diet develop a strong preference for a protein-rich solution, relative to carbohydrate-rich solution. However, much is still unknown about the neuronal mechanisms orchestrating this behavior. In my research, we study the neuronal activity from specific subpopulations of lateral hypothalamus neurons in response to food that contains protein during protein appetite by use of mulitphoton microscopy.

The ultimate goal of my research is to understand the neurobiological basis of behavior, both in physiological and pathological circumstances. My main interest lies in the behaviors that activate the brain reward system and respond to it. The reward system is a collection of brain structures and neural pathways that are highly involved in feelings of pleasure, reward and motivation. Different types of stimuli have attractive and motivational values (reward) that induce appetitive (approach) and consummatory behavior. Food and sexual partners are examples of ‘natural rewards’ or ‘primary rewards’, because they induce behaviors that are necessary to facilitate the survival of one’s self and offspring. At the same time, they are examples of ‘intrinsic rewards’, rewards that have an unconditioned, inherently pleasurable value.

In my research, I am interested in discovering how the reward system is regulated and how this is reflected in behavior.  The overall goal of my research is to understand how external stimuli can trigger behavioral responses and alter the brain natural reward system for future actions. I am intrigued by the question of how the brain regulates the switch from motivation - to approach - to consummatory behavior. In my research, I study sexual behavior, because this is one of the most natural incentive-driven behaviors that does not occur without an intrinsic state of motivation. Sexual behavior is therefore an ideal behavioral model to study the mechanisms behind natural reward.

The first research project (funded by the Norwegian Research Council) investigates the neural mechanisms behind normal and aberrant motivated behaviors. Many brain areas in the so-called reward system are involved in the regulation of these behaviors. In response to sensory input such as smelling attractive food or mate partner, certain brain mechanisms may trigger behaviors to approach the food or sexual partner and start consuming or copulating. Disturbances in the reward system are related to many disorders like addiction, obesity, and obsessive compulsive behavior, in which the reward system is too active, or anhedonia and sexual dysfunctions in which motivation is lacking. Our research uses sexual behavior as a natural incentive-driven behavior to study the motivational system in rats. Because sexual behavior requires an intrinsic state of motivation and a natural extrinsic incentive, the motivational/reward system can be studied in a more ecological way than with other rewards like excess sugar or drugs. This allows us to study both motivation and the transition to actual consummatory behavior in this model for natural reward. The main aim of this project is to study the natural reward system in a health condition, by focusing on the neural regulation of sexual behavior in rats.

The second research line, consisting of two different projects (funded by Helse Nord and MSCA-IF), studies the natural reward system in a pathological condition. The prevalence of obesity worldwide continues to increase dramatically: 39% of adults are now overweight or obese. Excessive consumption of highly palatable sugar and fat laden foods, often referred to as “junk foods”, plays a central role in the development of obesity, possibly by dysregulating the brain reward system. In these projects, we aim to investigate the neurological mechanisms by which excessive junk food consumption adversely affects the reward system. We hypothesize that desensitization of the total reward system will cause overconsumption of all sorts of rewards. The novelty of these projects is that they address this question by not only investigating the effects of junk food consumption on the alterations in sensitivity to conditioned food rewards, but by also studying the neural circuitry regulating responses beyond food rewards, e.g. secondary intrinsic (sexual) or extrinsic (monetary) rewards. This will be achieved with the unique approach of combining human and animal translational research.

The third project (funded by Helse Nord) researches the neurodevelopmental effects of antenatal antidepressant exposure. Several studies in humans describe that antidepressant use during pregnancy can have long-lasting effects on neurobehavioral outcomes in offspring, such as affected social-emotional development, and increased internalizing and externalizing behaviors. In our rat model we can study the behavioral alterations in social-, anxiety-and depressive-like behaviors and molecular changes in the brain in offspring due to antenatal depression, antidepressant treatment, or the combination thereof. In order to investigate the behavioral alterations, we use a seminatural environmental set-up in which rats live in groups for several days and can express all aspects of behavior. Our seminatural environmental approach allows us to study their neurodevelopmental behavioral changes in a social context which is translational to the real life of children.