As part of the inaugural Gender Awareness Week events, join us at the Centre for Women´s and Gender Research for a screening of "Citizen Ruth." The screening will be followed by commentary on the film and the abortion debate led by Annabelle Yabsley.

Film synopsis from Miramax: "Citizen Ruth" is the story of Ruth Stoops (Laura Dern), a woman who nobody even noticed -- until she got pregnant. Now, everyone wants a piece of her. The film is a comedy about one woman caught in the ultimate tug-of-war: a clash of wild, noisy, ridiculous people that rapidly dissolves into a media circus. (Directed by Alexander Payne; written by Mr. Payne and Jim Taylor). 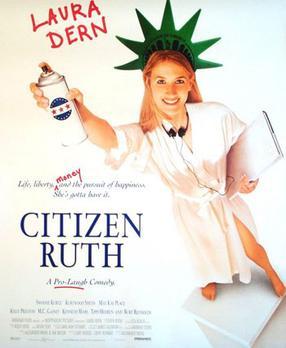