Tromsø has been the centre of seal hunting in North Norway, and the town was established at the “Gateway to the Arctic” in the late 1800s. Tromsø has long been an important base for many polar expeditions, and the Polar Museum exhibits and presents this polar seafaring tradition. At the museum you will meet men, women, ships and equipment that were essential for life on the sea and in the Arctic.

Come and see our exhibitions about:

Polar Night - Life and light in the dead of nigt

What goes down in the sea in the dark months when the polar night is dark over the Arctic? Researchers from UNIS, NTNU and UiT researched this in recent years, and all findings are unambiguous: the bustling with life in the dark night - both at depth and in shallower water. Some animals even makes its own light! Using measuring rigs which collects data throughout the year we have seen that plankton moves in unison even in winter, and robots, cameras and divers can take the different animals and plants closer look and tell us exactly which species are doing what down there in the dark. In the polar night, the ocean is a complex but important sphere in which to perform research! We can use the knowledge from Svalbard waters to understand more about life in the Arctic in the bright parts of the year, and to understand processes in the eternal darkness deep sea.

The Polar Museum opened on June 18, 1978, 50 years to the day after Roald Amundsen left Tromsø on his last expedition, to search for Umberto Nobile and the airship ”Italy”. The museum is situated in an historic Customs warehouse, which dates back to 1830 and has an idyllic location on the waterfront in the historic Skansen area.

The exhibit hall is in the building called Sjøhuset (The Sea Warehouse). This is the oldest house of the building complex, build around 1800. The building was restored in 1994 – and is now used to present the museum’s own temporary exhibitions as well as exhibitions brought in from elsewhere.

Experience the museum’s well preserved sealing vessel, the MS Polstjerna (Polar Star). Built in 1949, the vessel had 33 seasons in the ice and brought home nearly 100 000 seal skins from hunting grounds near Greenland and the White Sea. MS Polstjerna is housed in a lovely building alongside the Polaria on the south end of the town.

Here we also present the exhibition:

Snowhow. What the Polar Heroes Learned from the Inuit, the Sami and Arctic Seafarers 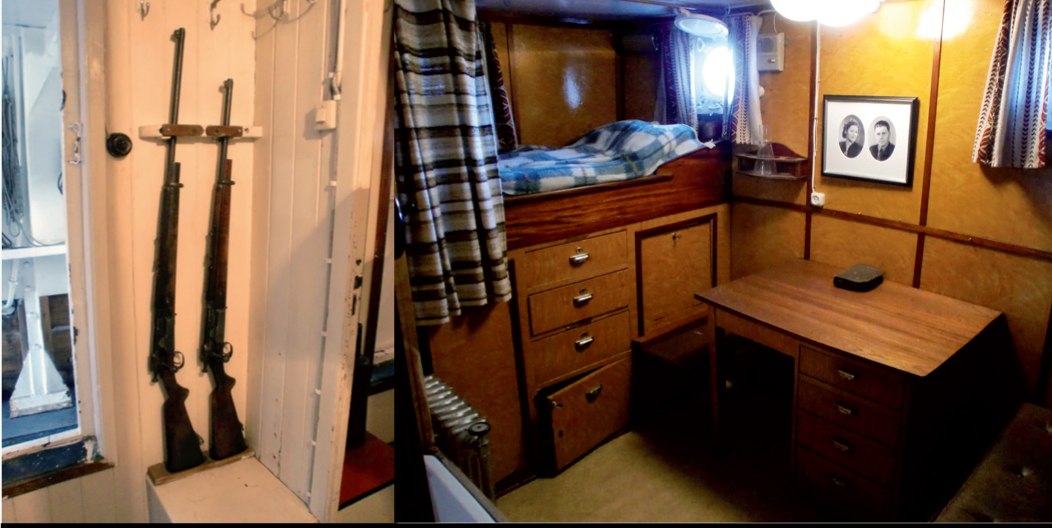 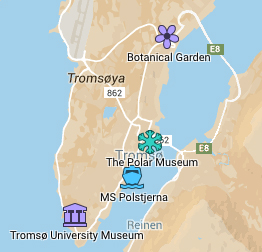 Map of the museums