The second survey of the Population-based Study on Health and Living Conditions in Regions with Sami and Norwegian Populations (SAMINOR 2) was conducted by the Centre for Sami Health Research at the Department of Community Medicine, UiT The Arctic University of Norway in 2012-2014.

Apart from Alta and Sør-Varanger, all municipalities had fewer than 4000 inhabitants. 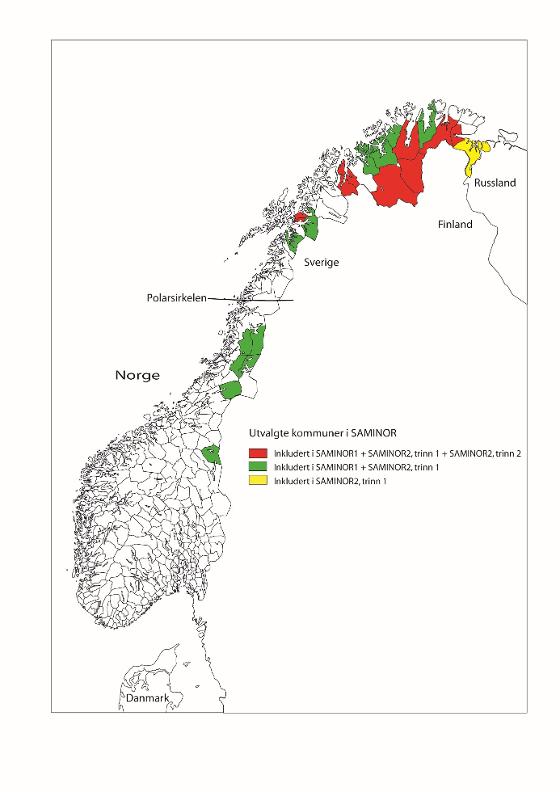 Participation in Stage 1 (the Questionnaire Survey)

For further details of SAMINOR 2 Stage 1 (the Questionnaire Survey), see this article:

The SAMINOR 2 Clinical Survey, also called the “Health and Lifestyle Survey”, was conducted by the Centre for Sami Health Research in 2012-2014 in ten selected municipalities, all of which participated in SAMINOR 1 and in Stage 1 of SAMINOR 2. This survey included a new questionnaire, some clinical examinations and blood sampling. 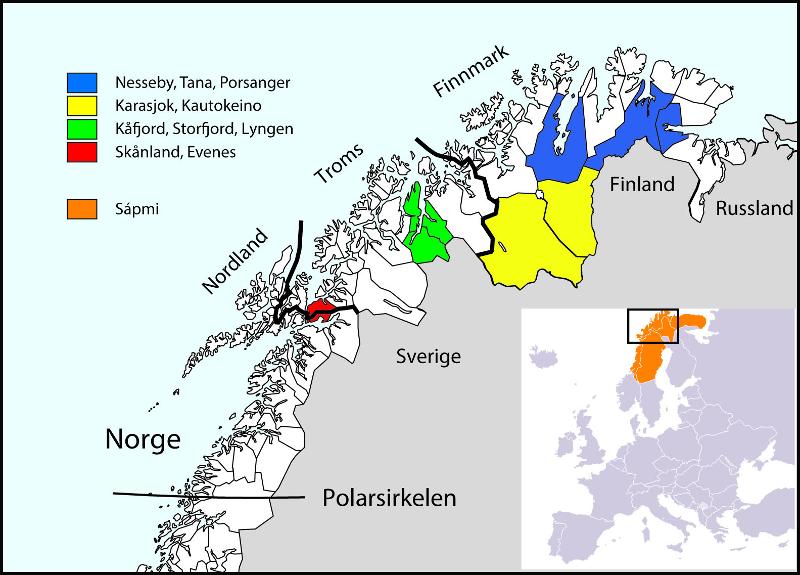 Implementation of the survey

Prior to the survey, cooperation was established with the authorities in each municipality. These provided suitable premises, freed municipal health workers to work in the clinical survey and offered other assistance. The Centre for Sami Health Research rented or borrowed premises in the various municipalities and established a research station for the period of the survey. Mostly, local health workers were freed to work at the research station. Seventy hired staff were involved in collecting the data.

Non-fasting blood samples were taken. Long-term blood sugar (HbA1c) and haemoglobin levels were analysed on site. All participants were offered written results of the examinations at the station, including long-term blood sugar and haemoglobin levels. In the case of abnormal findings, participants were referred to their GP. Other samples were frozen and sent to UiT The Arctic University of Norway to be stored in the biobank. Lipids, biomarkers for diabetes, inflammatory reactions, iron status and some vitamins were analysed at the University Hospital of North Norway in autumn 2014. In spring 2016, vitamin D was analysed in Helsinki, Finland. Environmental toxins were also analysed in selected participants. The remaining blood samples were stored in the biobank for later analysis.

Participation in Stage 2 (the Clinical Survey)

For further details of SAMINOR 2 Stage 2 (the Clinical Survey), see this article:


It is important to return knowledge to the people being researched. With this in mind, reports were prepared for all municipalities included in the SAMINOR 2 Clinical Survey with selected results from the municipality concerned. These results can contribute to health prevention and promotion and improve social services in the north. The SAMINOR Study can therefore be a useful contribution to meeting the requirements of the the Public Health Act. However, results depend on the level of participation. The more people who have participated, the more accurate will be the picture of public health in the various municipalities.

The study received research funding from:

None of the above have conflicts of interest in the study.