The project recognizes that global changes in climate and human activities may affect utilization of marine ecosystem services (ES) in the northernmost part of Norway. By providing reliable monetary and non-monetary values of marine ES in an amended cost-benefit analysis (CBA) framework and as input in bio-economic models, the project aims to deliver improved tools for decision-making on trade-offs between different uses of marine ES spatially and across stakeholders.

Has worked for several years with ES assessment and valuation, CBA and decision-support.

Is a world-renowned environmental economist and Norway’s top, most prolific scholar in ES valuation, with 25 years of scientific production.

• Section for Environment and Natural Resources 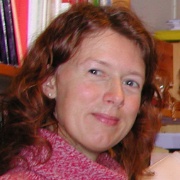 cost-benefit analyses and valuation of non-market goods and services

Link to this page
Claire ArmstrongProfessor

Has worked for several years with ES assessment and valuation, CBA and decision-support.

Has expertise in marine ES provided in the South Atlantic ocean, and their values. Her expertise in relevant issues but in a different empirical setting will strengthen the project.

Has more than 30 years experience with studies of environmental effects from aquaculture in Norway.

6-8.12.17 Kick-off seminar beneath the Northern Lights

6-8.12.17 Kick-off seminar beneath the Northern Lights

The workshop venue will be the NFH-building (Norwegian College of Fisheries Science) at the university campus.

If you wish to view the presentations click HERE.

UiT participated in an open meeting at Kystens Hus in Tromsø. As part of the meeting, project leader Margrethe Aanesen presented previous work on aquaculture expansion and how people in Northern Norway regard this. She also presented the MarES project, which at that time was just started up.

September 2018: How do people want to manage the coastal cod?

Fishing tourism is a growing industry along the coast of Arctic Norway. One of the target species for fishing tourists is the coastal cod. At the same time, this species is also important for commercial fishers and for local inhabitants’ recreational fishing. It is a fact that many local stocks of coastal cod has been in continuous decline for decades, and are now well below critical limits. To inform a survey among inhabitants in Arctic Norway about how they prefer to allocate the rights to harvest on this dwindling resource, project team members set up 2 focus groups; one in Tromsø and one in Svolvær  inviting inhabitants from these two places. The groups aroused lively discussions, and gave us a lot of useful input to the survey. Interestingly, the viewpoints differed significantly across the two geographical locations, with people in Svolvær being more critical to the tourism fishing compared to people in Tromsø.

September 2018: How do commercial companies want to manage the coastal cod?

May 2019: Vest-Finnmark regionråd: Conference on the mining industry in Finnmark

The regional council for Western Finnmark set up a conference for industry, management and local population on the presence and expansion of the mining industry in Finnmark county. The venue took place in Kvalsund municipality, where the abandoned copper mine from the 1970s is planned to re-open during 2020. As the project is implementing a survey among the population in Finnmark, rest of Arctic Norway, and a sample in Oslo, about the reopening of this mine, project team members took the opportunity to participate in the conference to listen and learn about other, existing mining activities in Finnmark county, and the planned reopening of the mine in Kvalsund. The planed re-opening of the copper mine in Kvalsund is controversial because it is based on storing mine tailings in the Repparfjord. This fjord is a national salmon fjord. Although investigations have been implemented and the biological foot-print on the fjord of the tailings have found to be acceptable, there is some concern about long-term effects on the marine life in the fjord.

Late in 2019 a few team members took the opportunity to meet in Tromsø to discuss the status quo and the finalization of the project. In particular, we discussed the list of ongoing and planned publications based on output from the project. Taken together, team members have, as part of the project, been involved in a large number of activities, and produced output both in the form of scientific papers, newspaper articles and presentations. The project officially ends in June 2020, and to disseminate and communicate project results we planned to set up an open seminar in Tromsø mid June 2020, inviting the local press, including newspapers and the regional branch of the national broadcasting company (NRK Troms), as well as representatives from management, industry, research institutions and NGOs. 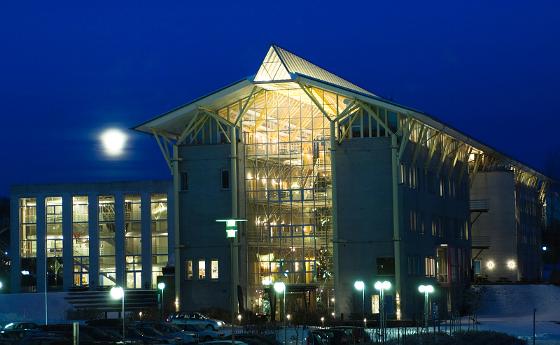 As some activities connected to the project lagged behind due to the corona-crisis, we have applied to the Norwegian research Council, which is funding the project, to extend the project till the end of 2020. The planned seminar to take place in Tromsø mid June 2020, aiming at disseminating and communicating project results, is cancelled, but we will consider setting it up sometimes during the autumn 2020.

Meeting in Kongsvinger, a few of the project team members decided that given the very uncertain situation regarding the spreading of the corona virus in Norway, we cancel any activity aiming at gathering a larger group of people to disseminate and communicate results from the project. Instead, team members will write newspaper articles and contact media to bring attention to the project and its output.

Presentations from the Northern Light Seminar 6-8.12.17