Faculty of Science and Technology

Theoretical subject. The course is available as a part of the chemistry study program or as singular course independent of study program, also to exchange students. Lectures are offered on condition that a minimum number of students (3) register for the course.

The course requires basic calculus knowledge (either Mat-0001 or Mat-1001 is required. If Mat-0001 is chosen, it would be better to also include Mat-1002, for completeness). and basic physical chemistry knowledge (KJE-1005 course or equivalent). Basic knowledge in physics (elementary classical mechanics and electromagnetism) is an advantage, as well as elementary linear algebra.

Atoms and molecules are the tiniest building blocks of anything that surrounds us. They are so small that they challenge the physics which we are used to. Indeed they no longer abide to Newton's laws but they behave according to the laws of Quantum Mechanics. This is challenging as Quantum Mechanics clashes with our common sense, but also fascinating, making it possible to reveal and exploit the unique properties of atoms and molecules: the technological world we are used to, with powerful computers in the palm of our hands (a modern smartphone could have easily made it to the top-100 supercomputer list 20 years ago!) heavily relies on the quantistic properties of matter for the construction of the necessary components. Investigating atoms and molecules is challenging: to "measure" them we need to make use of even smaller particles: photons. The interaction of matter with photons give rise to a wide range of spectroscopic methods which are among a chemist's finest tools. Some spectroscopic techniques such as infrared spectroscopy are now routinely performed in any chemistry lab. Others such as Magnetic Resonance are not only a powerful investigation method of molecular structure but have extended far beyond chemistry to biology and medicine. In the present course the foundation of Quantum Mechanics will be presented: after a historical introduction (discovery of quanta, balck-body radiation, electron diffraction, photoelectric effect) the postulates of quantum mechanics and their interpretation will be presented. We will then connect them to some simple exact models (harmonic oscillator, particle on a sphere, hydrogenionic systems) emphasising the aspects connected to atomic and molecular structure. We will then turn our attention to the electronic structure of atoms and molecules. The simplest electronic structure models and tools (atomic orbitals and electron correlation, LCAO, molecular orbitals, Hückel¿s model) will be semi-quantitatively presented. The link from the molecular level to the macroscopic world, statistical mechanics shall be introduced: a macroscopic system is a large collection of molecules which must obey strict statistical laws, providing a sound molecular interpretation for classical thermodynamics. We will finally focus on  spectroscopic techniques. We will describe how molecules interact with light (photons) at different frequency giving rise to a variety of methods addressing  important questions about molecular structure: such as bond lengths and strengths, connectivity, electronic states, intermolecular interactions. Among the techniques that will be presented are Rotational spectroscopy, Vibrational spectroscopy, Electronic spectroscopy, Raman techniques, Nuclear Magnetic Resonance, Electron Spin Resonance. The first three will be discussed in detail, whereas the other three will only briefly touched upon.  Spectroscopic techniques are a vast subject: by no means the present course could cover all of them. Students are therefore encouraged to put forward specific techniques they wish to learn about so that they could be covered during the course, at least in their general aspects.

The language of instruction is English and all of the syllabus material is in English. Examination questions will be given in English, and may be answered either in English or Norwegian/Scandinavian language.

A final oral exam at the end of the course (duration approximately 50min) Lettergrades (A-F).

Coursework requirements:Three assignments must be evaluated and approved.

Candidates that receive the grade F can repeat the oral exam the following semester. The assignments will be kept.

Pensumliste for KJE-2001 Molecular physical chemistry and foundations of spectroscopy 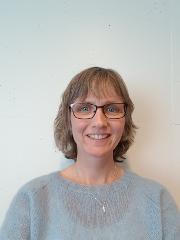