Need an excuse to read something *NOT* work- or school-related?

UiT’s Centre for Peace Studies has a book club for you!

For Spring 2021, we’ll be reading and discussing

The Prisoner in His Palace:

Saddam Hussein, His American Guards, and What History Leaves Unsaid

We welcome all members of the UiT and Tromsø community to join us at either of the two discussion events on Friday, April 9th:

Participants are welcome to attend in-person or digitally (subject to change, based on the Corona situation during April).

Please RSVP for the meeting of your choice with Kat Hodgson: kara.k.hodgson@uit.no

This remarkably insightful and surprisingly intimate portrait of Saddam Hussein lifts away the top layer of a dictator’s evil and finds complexity beneath as it invites us to take a journey with twelve young American soldiers in the summer of 2006. Their job is to guard the country’s notorious leader in the months leading to his execution.

Living alongside, and caring for, their “high value detainee” in a former palace and regularly transporting him to his raucous trial, many of the men begin questioning some of their most basic assumptions—about the judicial process, Saddam’s character, and the morality of modern war. Although the young soldiers’ increasingly intimate conversations with the once-feared dictator never lead them to doubt his responsibility for unspeakable crimes, the men do discover surprising new layers to his psyche that run counter to the media’s portrayal of him.

Woven from first-hand accounts provided by many of the American guards, government officials, interrogators, scholars, spies, lawyers, family members, and victims, The Prisoner in His Palace shows two Saddams coexisting in one person: the defiant tyrant who uses torture and murder as tools, and a shrewd but contemplative prisoner who exhibits surprising affection, dignity, and courage in the face of looming death.

In this artfully constructed narrative, Saddam, the “man without a conscience,” gets many of those around him to examine theirs. Wonderfully thought-provoking, The Prisoner in His Palace reveals what it is like to discover in one’s ruthless enemy a man, and then deliver him to the gallows.

About the CPS Book Club:

A:        It's a chance for the UiT and greater Tromsø community to enjoy reading and             discussing a common book together. Because of the club is run by the Centre for       Peace Studies, all chosen books will relate to some aspect of peace, war, or conflict.           The chosen book is not meant to be academic in nature; it can be a work of fiction, a     memoir, poetry - whatever the participants decide upon!

Q: When does it meet?

Q: Who can participate?

Q: In which language will the discussions be held?

A:        Members are welcome to read the book in the language of their choice. However, for the purpose of including the greatest possible number of discussants, all club     gatherings will take place in English.

Q: How much does it cost?

Q: What is the Centre for Peace Studies?

Q: What else has the group read? 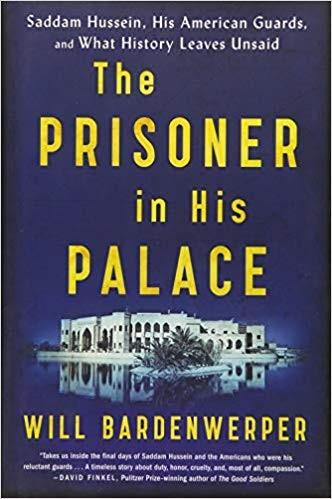