Join us for the opening of the Ságastallamin Arctic Indigenous languages exhibition. There will be a cultural performance and talks. Light refreshments will be served.

Join us for the opening of the Ságastallamin Arctic Indigenous languages exhibition which commemorates the 2019 UN International Year of Indigenous Languages.

Guided tour of the exhibition with Linnea Nordström, Team Leader of the Communications group, University Library.

The exhibition presents the region, the Peoples, and the languages that they speak. We look at some of the challenges facing the languages in the past and in the modern day. We also learn about some revitalization efforts taking place around the circumpolar Arctic, made possible with the help of new laws protecting the languages and their status, state-funded institutions, regional corporations, community-based initiatives, and modern technology.

The exhibition is a collaboration between the UiT University Library and the Arctic Council Indigenous Peoples' Secretariat. 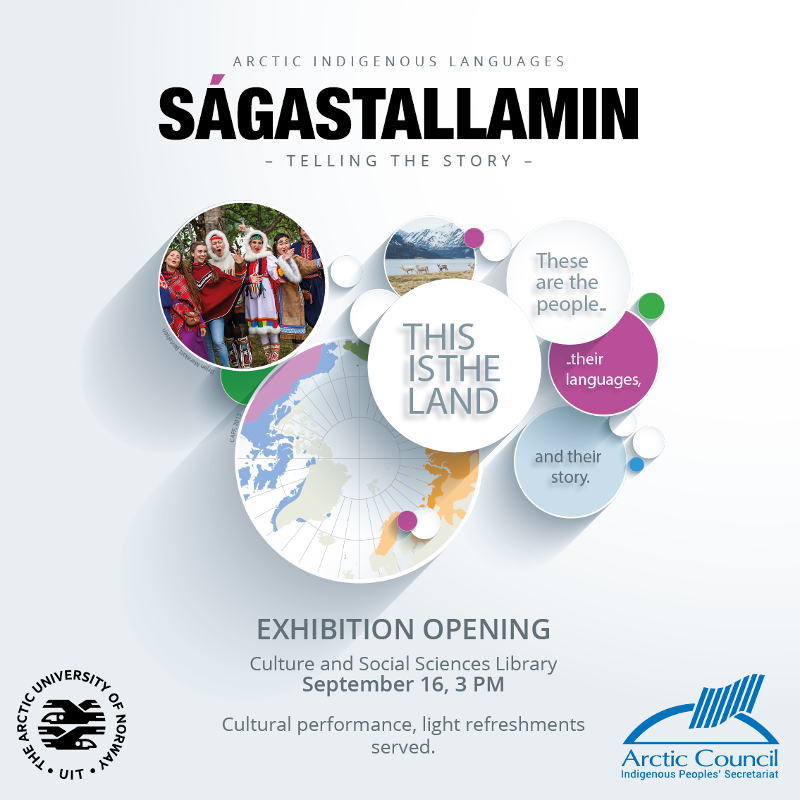