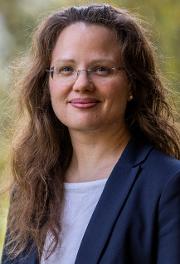 Short Biography:
My research activity is focused on elucidating the detailed nature of chemical reactions. During my undergraduate studies (1999-2004, Aarhus University in Denmark and Karolinska Inst. in Sweden), I worked several years in the laboratory, investigating enzymatic reactions. During my Ph.D. studies (2004-08, Royal Institute of Technology, Sweden), I shifted towards computational chemistry, focusing on modelling of enzymatic catalysis. In my post doc studies (2008-11, University of Tromsø, Norway) and my subsequent researcher position, I have increasingly focused on chirality and enantioselective catalysis. Since 2014, I am leading my own research group, which is applying both experimental organic chemistry and theoretical quantum chemistry tools in the investigation and development of organometallic catalysts. Current research projects involve experimental and theoretical studies of transition metal catalyzed processes, including hydrogenation reactions (Ir, Co, Fe) and organometallic conversion of CO2 to higher value products. I lead several externally funded projects, among others the Nordic Consortium for CO2 Conversion (site.uit.no/nordco2) and a TFS funded recruitment grant (site.uit.no/choco). Since May 2018, I am appointed Associate Professor at UiT - The Arctic University of Tromsø. From Nov. 2018 I have joined the editorial board of the ACS journal Organometallics.