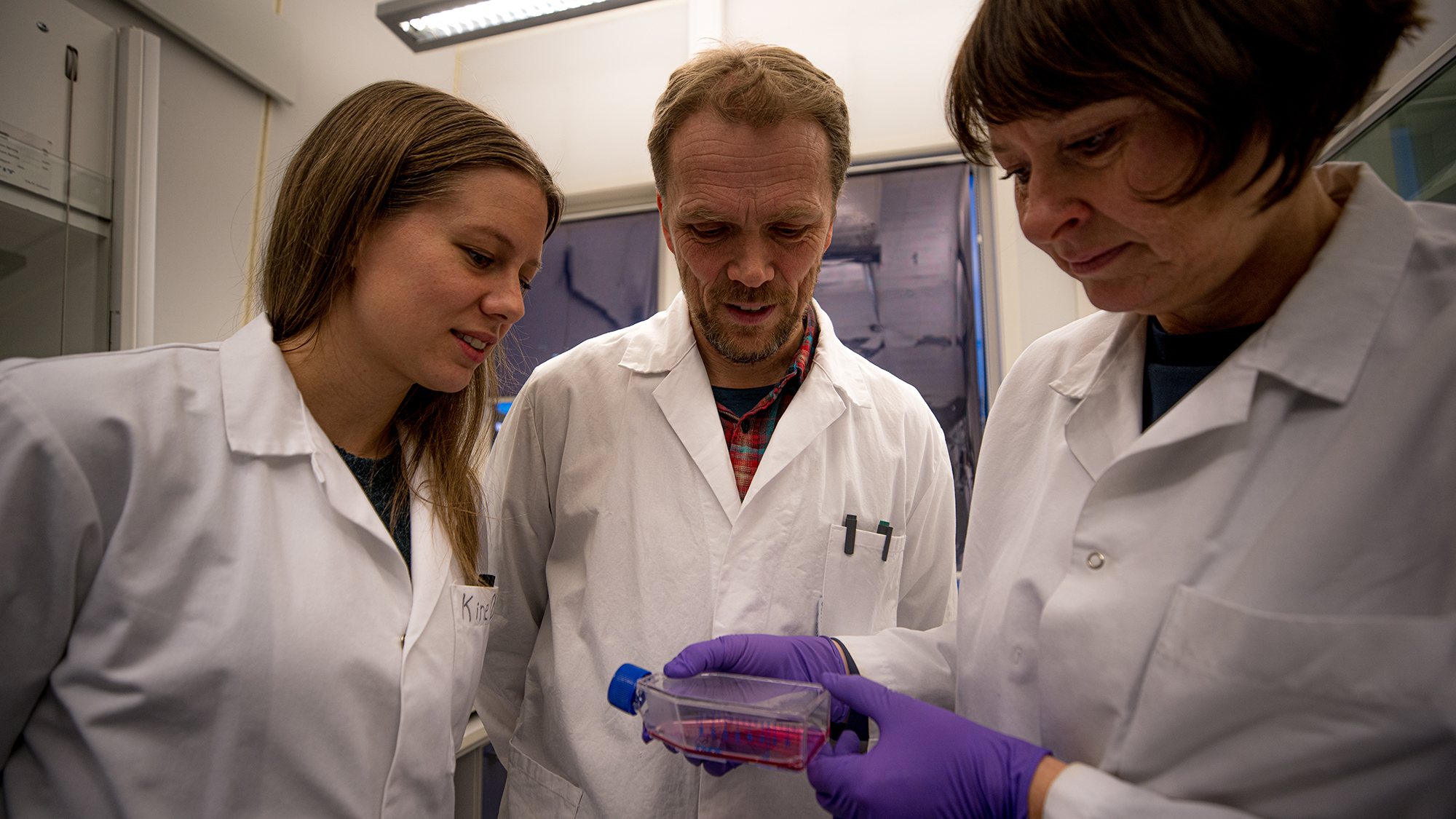 After eight years of research and secrecy, the UiT researchers can finally publish their results.

After eight years of research and secrecy, the UiT researchers can finally publish their results.

Researchers at UiT The Arctic University of Norway have discovered a whole new molecule that kills breast cancer cells. The molecule originates from a small, Arctic marine animal and could become medicine for the most aggressive form of breast cancer.

After eight years of research and secrecy, researchers can finally publish the results.

Together with the supervisors and professors of marine biodiscovery, Jeanette Hammer Andersen and Espen Holst Hansen, she has discovered the peculiar molecule which may one day become cancer medicine. The small marine animal, a hydroid, attracted early interest in the lab of the research group Marbio at UiT.

In a routine test to find bioactive substances, it was found to contain substances that killed cancer cells. Not only that, the drugs killed selectively. Only some types of cancer cells were killed and not all the cells that split – like what happens during chemotherapy.

– This is exactly what we are looking for. The medicine of the future is personalized and should only work against the sick cells, not other cells, says Professor in Marine Biodiscovery at UiT, Jeanette Hammer Andersen.

Last week, researchers were finally able to publish the finding through an article in the medical journal Journal of Medicinal Chemistry.

Andersen, Jeanette Hammer
Professor in Marine Biodiscovery, UiT The Arctic University of Norway
This is a rare and sensational find.
– Jeanette Hammer Andersen

Found on a research trip

Contained in a tiny glass bottle, the animal resembles a kind of greenish sea plant, but it is, in fact, a small marine animal, a so-called hydroid. It consists of many single cells that have joined together in a plant-like form and are stuck in the seabed.

Researchers have been working for years to test the molecule from the marine animal, which was one of many biological samples scraped from the seabed during a research trip off the coast of Bjørnøya in 2011.

After such trips, the researchers test a wide range of these types of samples in search of bioactive compounds. These are substances that can improve human health, for example by killing bacteria, viruses and cancer cells.

– It didn’t take long before this animal showed properties that killed certain cancer cells, explains Kine Østnes Hanssen, who has worked on this as both her doctoral and post-doctoral project.

But from that point on, it was a long process of figuring out what the structure of the active molecule was.

– It turned out to be difficult to separate this molecule from the animal. An extract of a marine animal is very complex. It took many hours in the laboratory to isolate this single molecule from a mixture of many other substances, says Østnes Hansen.

When this part of the work was done, the researchers had to determine the structure of the molecule. This too proved challenging, since it could not be done with the conventional methods.

When they finally succeeded – using an extremely high-resolution special microscope – the scientists realized that they had discovered a molecule hitherto unknown.

Next came a long process in which the researchers tested the molecule for possible side effects and toxicity and to find out how the molecule affected the cancer cells. Then, after eight years of research – which had to be carried out in secrecy due to rights – and with much joy and relief, they could finally publish the results.

– There was great cheer in the hallway when the article was printed, recalls Hammer Andersen with a smile on her face.

Researchers have found substances that kill cancer cells in a hydroid with the Latin name Thiuaria breitfussi. (See the picture of glass in hand.)
Hydroids are an order of cnidarians (Cnidaria) in the small jellyfish class (Hydrozoa). This is a large group of animals, but they are so small that they are often not noticed. Cnidarians are also called polyp animals. Together with Comb jellyfish (Ctenophora), this row constitutes the lowest among real, multi-celled animals. Cnidaria includes small jellyfish, large jellyfish, cube jellyfish, and coral animals. Thus, the name cnidaria originates from the nasal cells, which they use to paralyze the prey.

The researchers also believe that the finding gives an indication of the huge potential the ocean has for possible new medicines. Today, about 60 percent of the medicines you get to the pharmacy originate in nature, the vast majority coming from plants that live on land.

The researchers believe that we are only at the very beginning of discovering what active substances can be found in the sea and on the seabed.